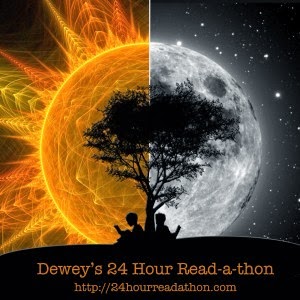 I reached my goals as my goal was to read 500 pages and I reached 667.
Thank you to everybody who left comments on my blog during the Read-a-Thon, I have enjoyed all of them.